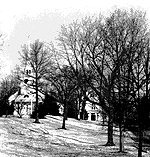 Harvard is a well preserved rural community with an interesting history extending back to 1732 when the town was incorporated. It has an open town meeting form of government and a five member Board of Selectmen. The population as of January 1, 2007 was 5,785 (includes 212 Devens residents). Situated in Worcester County, Harvard is 32 miles west of Boston, and 22 miles northeast of Worcester. The town is bordered by Ayer, Bolton, Boxboro, Lancaster, Littleton, Shirley, and Stow. Routes 2 and 495 run through the town, and the Nashua River forms its western boundary. 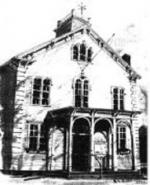 Throughout its 250 years, the town has been known for a series of unusual sociological and religious experiments. The most well known of these were carried out by Mother Ann Lee, who came to live in Harvard in 1781 and founded a Shaker Village, still to be seen today, and Bronson Alcott, who carried out a transcendental experiment in living with his family and friends here in 1843. The farmhouse where the Alcotts lived was called Fruitlands and is now part of the Fruitlands Museum on Prospect Hill. Harvard is characterized by colonial and victorian homes, churches, town hall and library clustered around a historic common; winding roads lined with trees and often marked by stone walls; many historic farm houses and several working apple and peach orchards in outlying areas; and the four centuries old village of Still River with its stunning western vistas.

Residents enjoy the intimacy of a small town, with its Fourth of July parade, Apple Blossom Festival and many other events, the majority of which take place in the vicinity of the historic town common. Another amenity is Bare Hill Pond, a 330-acre lake where swimming, sailing and canoeing lessons are offered in the summer and cross country skiing and skating take place in winter. There are over 2,000 acres of conservation land throughout the town, much of it interconnected by walking trails.

The town provides a kindergarten through grade 12 public school program on one centrally located campus. A major school building program was completed in 1991, resulting in a new elementary school and an auditorium and other improvements for Bromfield High.

Through its zoning and other town bylaws, conservation land purchases and historic preservation efforts, Harvard has long been dedicated to maintaining its historical, small town environment and open spaces.